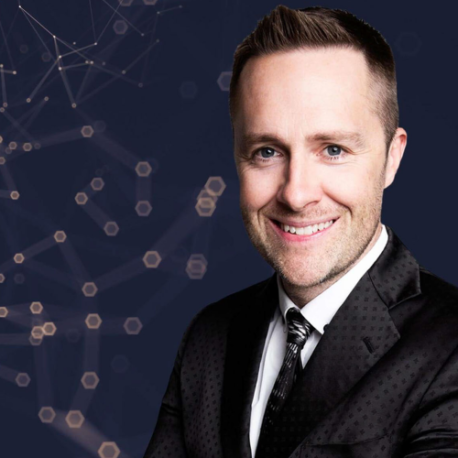 Keith has the unique ability to hack into people’s minds to help them achieve peak performance both professionally and personally. In his keynotes he shares a variety of techniques that will embed a champion mindset and develop mental toughness subconsciously.

As the world’s leading TV hypnotist, Mentalist and Brain Hacker Keith Barry has been blazing a trail across the globe for many years.  His mind-blowing skills have been showcased in over forty international television shows, including his most recent series, The Keith Barry Experience. He also recently starred in ITV’s smash hit series You’re Back in The Room where he hypnotised the contestants to stop them winning the prize money! The first hypnotism format on TV in the UK for several years, this show garnered huge audiences and proved to be a big prime-time hit for ITV.

Due to the overwhelming success of the show, Keith then went on to feature in the Australian and US versions. You’re Back in the Room Australia was also very well received and the US version rebranded Hypnotize me, aired on the CW network during the summer of 2019 to huge acclaim. Keith also hosted his homegrown Irish TV series The Keith Barry Experience.

The entertainment show that Keith has developed for a corporate audience is aimed to astound and amaze, but also to ensure everybody will laugh until their faces hurt! During the show he will implant and extract thoughts, thus influencing the behaviour of an unsuspecting audience. No-one is safe!

As a mind coach Keith has also worked with many world-class athletes, business people, influencers and actors to assist them in unleashing their subconscious potential.  Amongst Keith’s clients are two of Ireland’s premier rugby stars, Keith Earls and Rory Best.